Get the rest you need

Sleep apnea not only affects one’s sleep quality but also that of those around them. In fact, loud snoring and respiratory difficulties associated with this sleep disorder decrease the quality of deep sleep and affect its regenerative functions. If left untreated, sleep apnea can cause arrhythmia and lung disease. The patient may become depressed and may even be subject to sudden death. The first appointment with our respiratory therapists is free at Cliniques Médicales Lacroix. Don’t put it off any longer: Book an appointment with one of our professionals.

Do you snore or think you have sleep apnea?

Don’t let this condition interfere with your life and that of your partner. At Cliniques Médicales Lacroix, your first appointment with our respiratory therapists in one of our private clinics is free.

What is sleep apnea ?

Breathing and sleeping play a vital role. If sleep is disrupted repeatedly, it will have profound and considerable repercussions on the person’s quality of life and all his or her metabolic functions. Apnea is the repeated cessation of breathing for 10 seconds or more during sleep (more than 10 times per hour of sleep). This type of obstructive apnea occurs when the upper respiratory tract becomes blocked, and there is no more air flow. Sleep apnea is now recognized as a medical condition; however, more than 80% of cases remain undiagnosed, and therefore, untreated.

Sleep apnea syndrome (SAS) affects a large portion of the population. Common symptoms are snoring, irregular respiratory flow, daytime sleepiness, a decline in libido, a feeling of non-restorative sleep, and irritability. It affects one’s sleep quality and that of those around them. In fact, loud snoring and respiratory difficulties associated with this sleep disorder decrease the quality of deep sleep and affect its regenerative functions. If left untreated, the affected individual may even become depressed.

Health professionals at Cliniques Médicales Lacroix are trained to recognize and manage sleep apnea in order to remedy the situation with a treatment adapted to your condition.

Causes of sleep apnea and snoring may be associated with obesity or to a particular physiological condition which partially blocks the respiratory tract during sleep. This is called obstructive apnea whereby the person affected must struggle to fight the obstruction while sleeping, resulting in a feeling of fatigue upon waking. A neurological condition can also be the cause, in which case, this is called central apnea or an irregularity in respiratory control; here, the person has no control over their abnormal breathing.

The prevalence of sleep apnea syndrome varies according to age and sex and may be associated with being overweight and with obesity levels, as well as other underlying medical conditions and/or lifestyle habits, such as nasal congestion, smoking, and alcohol consumption.

Quite often, those affected are not aware of their condition. They do, however, experience the symptoms generally associated with it, such as fatigue or increased daytime drowsiness, headaches, irritability, a decline in libido, and difficulty concentrating overall.

Snoring occurs when the pharyngeal air flow is partially blocked, causing vibration while breathing and the snoring noise. Individuals with sleep apnea generally snore loudly. In periods of deep sleep—a period during which the muscles are more relaxed—the pharyngeal wall collapses, resulting in a partial blockage of the air flow and causing one to snore. With less oxygen entering the metabolism, these individuals will wake often, which results in their feeling sleep deprived. Not all individuals who snore have sleep apnea, and in some cases, snoring can be reduced with changes to lifestyle habits. At Cliniques Médicales Lacroix, we conduct a polysomnogram test both to establish a reliable diagnosis and to assist our health specialists with developing a treatment plan.

Treatment for snoring and sleep apnea

There are several effective treatments and interventions that can reduce and eliminate sleep apnea and related health problems. By booking an appointment at one of our clinics, our physicians and respiratory therapists will first establish your condition and assess whether or not you have sleep apnea.

In the event of a positive diagnosis, our specialists will discuss the various treatment options available to you and will work with you to determine which is most suitable for your condition and for restoring restful sleep.

Cliniques Médicales Lacroix ensure a personalized follow-up so that you can fully benefit from the treatments that have been discussed with you. Our professionals are available at any time to answer your questions and assist you in the healing process.

Whether your condition is obstructive or neurological, doctors and respiratory therapists at Cliniques Médicales Lacroix can diagnose and treat sleep apnea, snoring, and other sleep disorders, in order to help restore restful, quality sleep to those suffering.

Restless legs syndrome (RLS) is a common sensory-motor neurological disorder characterized by an urge to move the legs so that they no longer experience the uncomfortable sensations such as pain, crawling, tingling, or burning sensation. It affects between 5 and 15 percent of the North American population, with women more likely to experience it than men and occurring more frequently and intensifying with age. Symptoms tend to appear when the legs are at rest and may worsen in the evening and at night. They force patients to keep moving their legs, and often to get out of bed and walk to eliminate the unpleasant and disruptive sensations. Several factors may contribute to this condition, including diabetes, arthritis, vitamin deficiencies, and lack of sleep, often resulting in sleep apnea.

Restless legs syndrome is genetically transmitted in more than 50 percent of cases. It may also be associated with iron deficiency, chronic renal failure, or pregnancy. Given that this syndrome does not show any apparent physical symptoms on the legs (lesions, redness, etc.), it more often than not goes undiagnosed. Our health professionals at Cliniques Médicales Lacroix are on the lookout for these symptoms and will assist you with choosing the appropriate treatment to help you restore quality sleep. 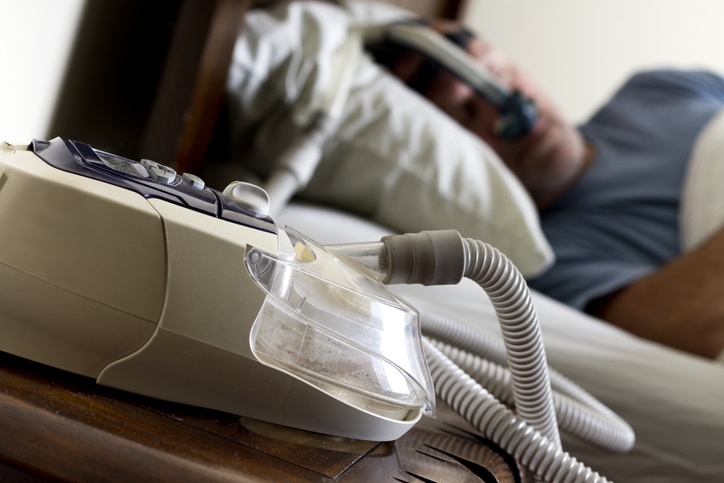 CPAP: Find a machine that’s right for you

The CPAP is a continuous positive airway pressure machine that helps manage breathing during sleep and which helps correct sleep disorders and snoring. Our doctors and respiratory therapists will show you how to use the machine, which, according to patient feedback, has significantly changed their quality of life in most cases. 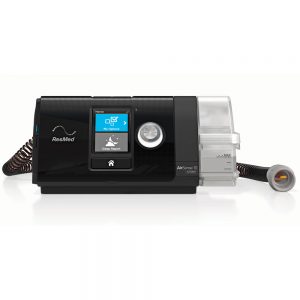 Device allowing the possibility of treatment in continuous or variable fixed pressure according to the medical prescription. Pressure reduction on exhalation to optimize comfort. Heated humidifier with the possibility of 9 levels of settings. Heated hose can be adjusted up to 30’C to reduce the risk of water condensation and provide an optimal humidity level. SmartStart function to start therapy automatically as soon as the device detects the first breath. Automatic start ramp: gradual increase in air pressure at start-up.
Treatment data transmission via integrated cellular modem. Application available to track treatment data via phone or smart tablet. Can be used with all masks on the market. Carrying bag included. 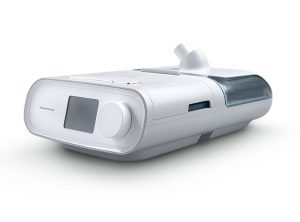 Possibility of continuous or variable fixed pressure treatment according to the medical prescription. Transmission of treatment data by cellular modem or wifi allowing remote data monitoring.
Removable heated humidifier: Possibility of separating the humidifier from the electronic part to facilitate transport and travel lighter. Heated hose with 6 settings. Exhalation pressure reduction to optimize comfort. Automatic air pressure start at the beginning of the night with the option of using a ramp for a smoother start to the night. App available to track treatment data via phone or smart tablet. Can be used with any mask on the market. Carrying bag included. 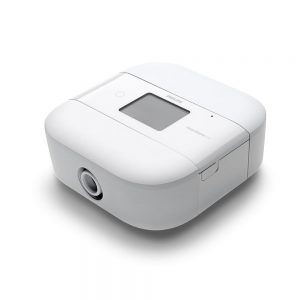 Touch screen. Same user-friendly menu and treatment settings as the Dreamstation Auto CPAP. Ideal for travel because of its light weight and smaller size, but can also be used as a regular bedside device. Carrying battery, humidifier, carrying case available (not included with purchase). Can be used with all masks on the market. 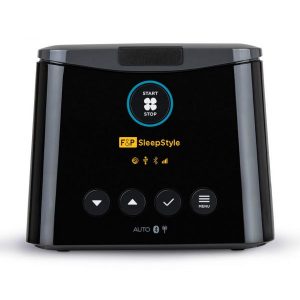 Continuous fixed pressure or variable pressure treatment possible according to medical prescription. Reduction of the pressure on exhalation to optimize comfort. Integrated heated humidifier with heated tubing. Easy to handle and clean internal water tank. Sensawake technology: Automatically reduces air pressure in response to wakefulness to help you return to sleep. Integrated cellular modem for remote treatment monitoring. Application available to track treatment data via phone or smart tablet. Carrying bag included, can be used with all masks on the market.

Do you snore? Do you have trouble sleeping? The first meeting with our respiratory therapists is free.